Let’s get Ready to Rumble!

When people hear Abraham Lincoln’s name, most picture the Civil War. Abraham Lincoln was the 16th president and was famous for his iconic speech at Gettysburg, his command of the nation during the Civil War, for putting an end to slavery, and his final hours. But long before he sat in the Oval Office and struggled with the politics of the time, he was already very well known for a wide variety of things that would build the core of his being that would make him so appealing to the masses when he entered the political arena.

From his masterful use of axes to his renowned prowess in the wrestling ring, it seemed that young Abraham Lincoln was able to do just about anything he put his mind to. Strangely though, his ability as a wrestler (and the following core principles) would become something that helped him climb that political ladder toward the big prize at the top of that ladder—the presidency. His political career started in the late 1850s, and the minute he stepped foot into that ring, his activity as a wrestler became a key component of his campaign strategy. 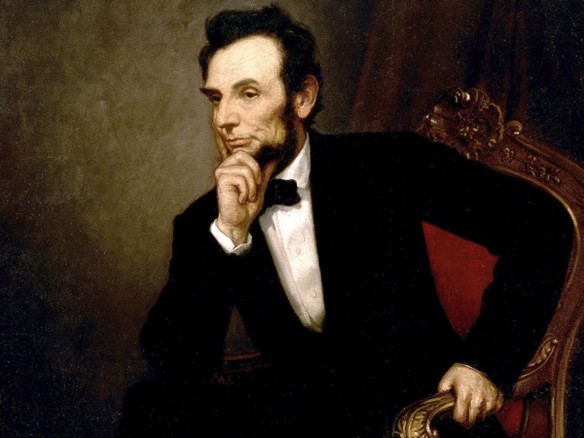 In today’s day and age, some particular principles and traits (depending on the party affiliation of course) are necessary for politicians to be successful. In the 19th century, it was no different. In fact, at this point in history, it was essential for potential elected officials to show their constituents that they were courageous and strong. So when politicians set out on the political campaign trail, they knew they would have to discuss things within their life that would show examples of how they had said attributes. Because strength and courage were so important, Abraham Lincoln’s abilities as a wrestler would come into play. Lincoln was humble and didn’t really want to discuss that aspect of his life, so he refrained from bringing it up in speeches he gave as he ran for his first office. In fact, people may not have known anything about it if it hadn’t been for his opponent during the debate of 1858 for the Illinois U.S. Senate seat.

It was August 21, 1858, and Lincoln was set to go head to head in a heated debate with his friend and political opponent, Stephen Douglas. Back in the day, political debates were much more friendly than the ones of today, and it seems as if Douglas started his time on the stage discussing his long-term friendship with Lincoln. Laying praise on his friend for his courage and bravery, he mentioned Lincoln’s prowess in wrestling, and this, to many, was the first time they had heard about Lincoln’s abilities. 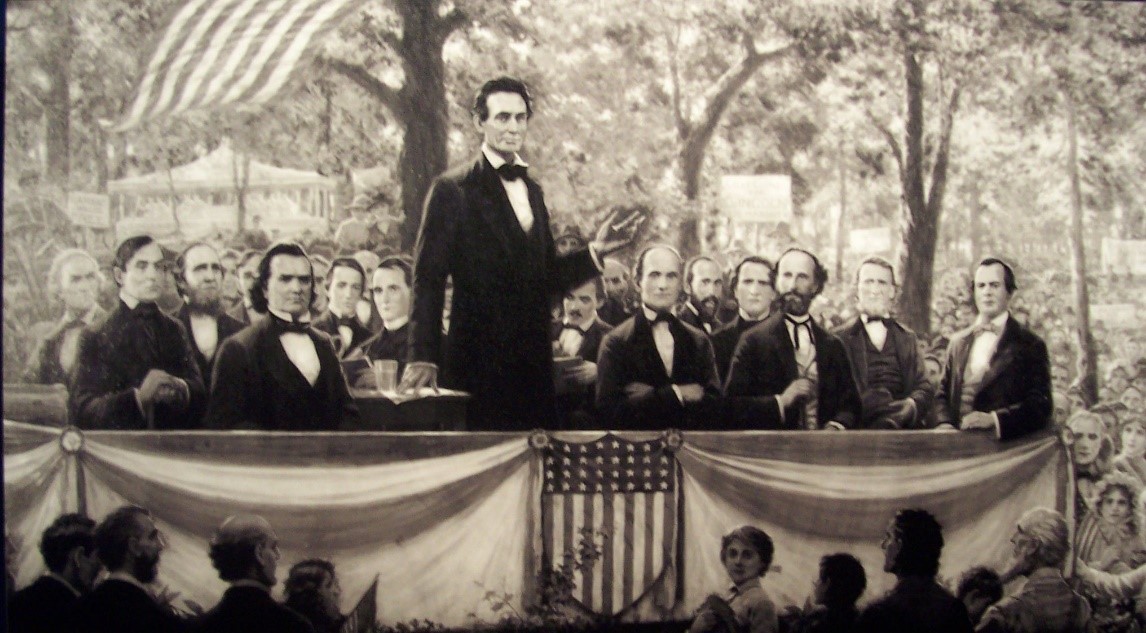 In the end, Lincoln lost to Douglas, despite the wonderful things that his opponent had brought to light. Lincoln’s loss didn’t stop him from returning to the political race in 1860. This time he would stand up for a much bigger prize—the presidential seat. Once again, his prowess in the wrestling ring would be a factor in his campaign. His legend in the ring was used in his campaign for the presidency, but that bravery and vitality wouldn’t protect him from a fatal end. Word of his prowess would be used after his fateful death to cement his legend in history.

Those who were supporters of his worked diligently to ensure his legend was never forgotten. One huge supporter of Lincoln was a newspaperman who decided to ensure that Lincoln’s story, including the tale of him fighting the local bully, would go down in history. This story would be published in several newspapers after the tragic assassination of Lincoln. While still in his twenties, Lincoln worked in a general store and was quite fond of the storekeeper. There had been trouble in the city brought on by a group of hooligans known as Clary’s Grove boys, and Lincoln’s boss wanted them to stop harassing people. So to do that, he challenged Lincoln to take on the leader of that gang, Jack Armstrong. 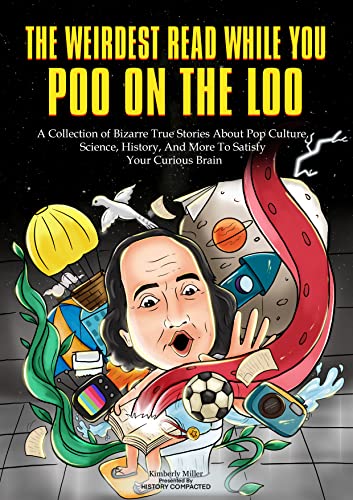 Lincoln initially refused the challenge, but as the group became more and more mischievous, his moral code dictated that he stand up and protect the townspeople. The residents of  New Salem, Illinois, encircled the group as Lincoln stood up tall against Jack Armstrong. Agreeing to a wrestling match, the two began grappling using multiple holds. As the battle became more heated, people began to bet on the outcome, and Armstrong’s gang became involved when it became obvious that the lanky store worker was gaining traction in the match. After Armstrong was shaken and thrown around the ring, Armstrong’s men began to encircle the two. But Armstrong stood up and told his hooligans to back off, finally accepting his defeat. The match didn’t take long, but Lincoln standing up to these mischievous hooligans cemented his legend in New Salem and eventually his legend as a world-class wrestler.

He would use that moral, high ground, and determination to protect those who couldn’t do it themselves in his run as U.S. President. The bravery and willingness to stand up against hooligans he exhibited in the ring would translate well in his battle with the separatists in the south during the Civil War.

OMG, Look What you did!

Cats, for centuries, were looked at as either objects to be worshiped in the Egyptian culture or animals to help combat the rapidly growing vermin population in Europe. All the way back to the Egyptians, cats have played an essential part in society and religion. There are paintings and sculptures across the globe depicting these animals in glorious situations. When the Romans made their way to Egypt, they quickly saw how vital the cats were to the culture and that there didn’t seem to be very many rats roaming the streets.

Of course, this piqued their interest, and the Romans opted to bring cats back with them even though they couldn’t be controlled like the dogs they used to help protect the crops more efficiently. Having cats around remained pretty popular until the 1200s, when suddenly, religion turned against their feline friends. They didn’t only turn against the cats of Europe. They made the cat public enemy number one. This persecution of cats started at the top and the top in the 13th century was, of course, the Pope. To be more precise, Pope Gregory IX! 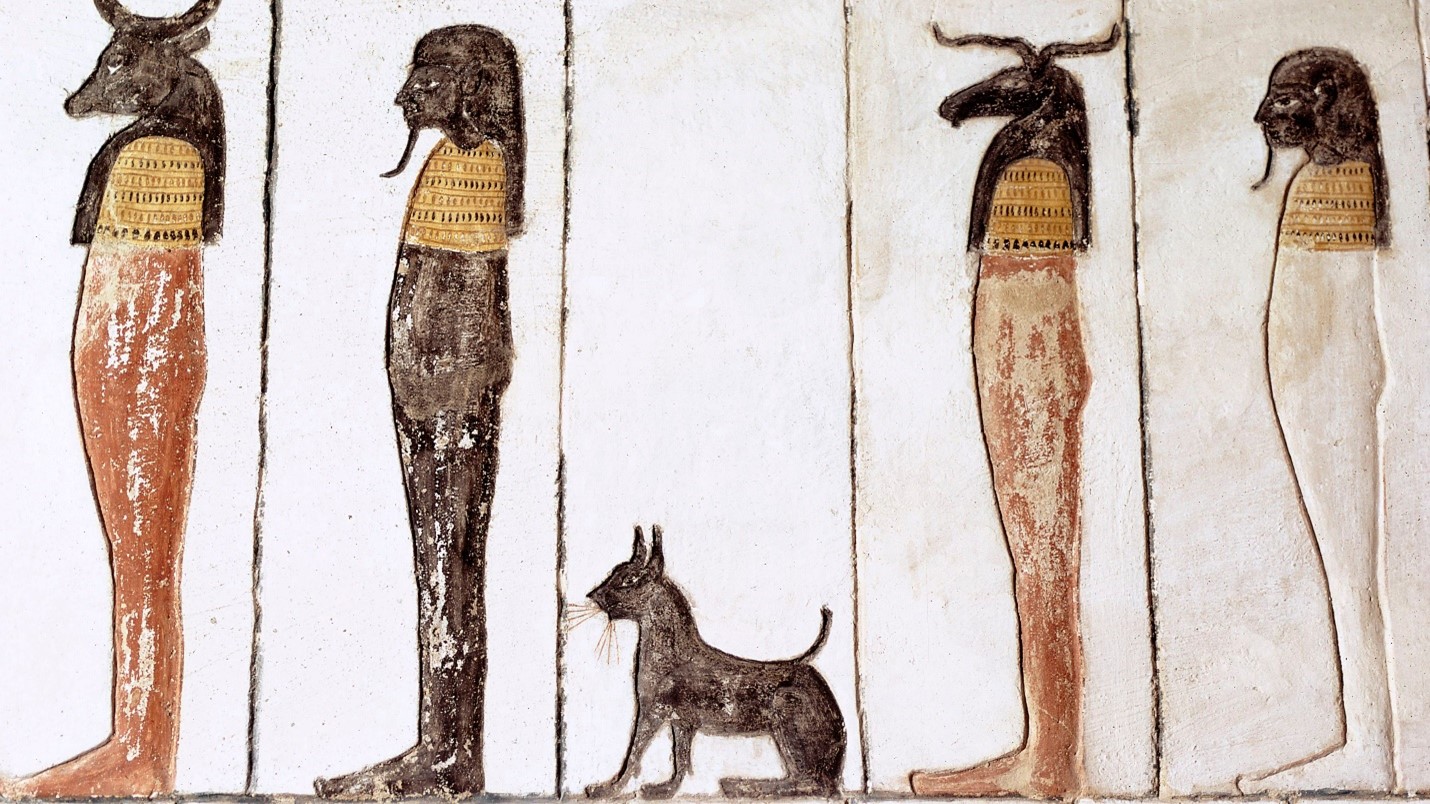 The church had been under pressure for quite a while from external forces that they deemed sinful, and in order to put a target on something, Gregory opted to issue a papal bull. This bull he dubbed “Vox in Rama.” basically, the jest of the papal bull was written to relate to the devout Catholics of the Roman world that cats we’re not only tied to witches but play an essential part in Satanism. From that point forward, cats were looked at as evil. The hatred for these fluffy four-legged felines was so massive that there were locations across Europe where festivals began to pop up that were explicitly designed to get rid of cats.