The Compacted Book of World War 1

World War I was a war such as the world had never seen. New technology and warfare tactics would be introduced. New alliances and rivalries would form, and the world would never be the same again. But there were already catalysts present before the first shots had even been fired.

Europe and the world had been changing, and this set the stage for the turbulent atmosphere of the time. Everything, from the final death throes of imperialism to a surge in nationalism, all contributed to the volatile state of affairs in Europe. This ever-changing world also played a role in the industrialization of war, which brought with it a wave of militarism. It seemed that Europe was a ticking time bomb. The assassination simply was the last straw in a series of events that would finally collapse that delicate balance.

Many wars had been fought over the previous century, and each played a part in setting the stage for a Europe on the brink. The most recent conflict and perhaps the one that played the biggest role in prepping for the coming World War was the Franco-Prussian War. The impact that this war had on the geography of Europe would further the already-tense relationship between France and the German states. With the conclusion of the war in 1871, the newly-formed Germany would emerge a confident and robust powerhouse in the European landscape. 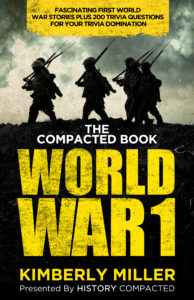 The Treaty of Frankfurt would eventually end the war. This agreement would cede almost all of the Alsace and a good chunk of the Lorraine to the Germans. The loss of land and the French Army’s devastating defeat added to the age-old rivalry between the French and the Germans and made sure that the tension between these two peoples would live on for decades to come. In fact, over the next 40 years, those tensions would build, and when the conflict in the East began to take shape, the two bitter enemies had all the reasons in the world to take up arms against each other once again.

Even though most of the ruling houses of Europe were related, the alliances were not formed from these relationships. Instead, it was through the imperialistic expansion during the hundreds of years leading to the 20th century and the consecutive wars previously fought that crafted the alliances. These alliances would be a critical factor in the break out of the Great War. Russia was allied to both Serbia and France while Germany was allied to Austria-Hungary. The British and the French had also signed a mutual defense agreement. The tangled web of backroom alliances and political unrest was kindling to an already smoldering fire.

In the 1880s, following the Franco-Prussian War, the Russians and Germans had developed a beneficial alliance, but with Bismarck losing grace and being removed, this relationship was lost. The new German government focused more on their relations with nations in the Mediterranean, figuring there was too much difference between Tsarist Russia and the French Republic for them to worry about the two countries teaming up. Still scathing from the defeat and land lost in the Franco-Prussian War, the French saw an opportunity, and the Franco-Russian alliance was born.

The French had ample money and a decent military to offer, and the Russians have military resources. Afraid that the new and more powerful German state would attack, the French knew they needed to build an alliance with the only other strategic force that could stand up to the Germans. After years of negotiations in 1894, the two nations signed a treaty. The agreement stated that if Germany or Italy with German assistance attacked France, the Russians would send troops. On the other hand, if Germany or Austria with German assistance attacked Russia, the French would do the same.

Another alliance that would play a part in the opening shots of the war was the Russo-Serbian alliance. Early in the 19th century, Serbians had begun to fight harder for their independence from the Ottoman Empire. The Russians still had an ax to grind with the Ottomans as they sided with France in the Napoleonic wars against Russia. So, when the political and nationalist uprising began, the Russians looked to give aid and ally themselves with the Serbs.

In the alliance of 1807, the Russians offered assistance to the Serbian rebels. Rather than live autonomously under the Ottoman rule, the Serbians took the deal. So, when Austria-Hungary declared war on Serbia after the archduke’s assassination, the Russians, per the agreement, had no choice but to move to the borders to lend aid to their allies.

The entente cordiale was yet another alliance that left its mark on the world and ushered in another nation into the battle. In the early part of the 20th century, the British and French were still imperialistic powers, and this caused friction between the two nations. In order to calm the disputes in North Africa and other colonies, the two countries sat down and hammered out an agreement of mutual defense. The contract stated that Egypt would defend Britain, and Morocco would defend France. But for France, there was more involved. In fact, much like its agreement with Russia, there were safety measures in the treaty to help protect them if the ever-growing German military felt it necessary to attack France.

The last alliance that played a part at the beginning of the war was the Triple Alliance. This alliance was the mutual defense agreement between Austria-Hungary, Germany, and Italy. This treaty, like the other agreements, promised military support if the nations were attacked by France or Russia (or any of those two nations’ allies).

With defense agreements in place, the battle lines were drawn, and the war would begin. On one side you would have the Central Powers (this included Germany, Bulgaria, Austria-Hungary, and the Ottoman Empire) and on the other hand the Allied Forces (this included England, France, Russia, Japan, the U.S., Romania, as well as later in the war, Italy).

Because of these alliances and ramifications of the political environment of the time, the war would be fought on two sides, dividing Europe into the western and eastern fronts and last from 1914-1918. Within these four years, over 16 million soldiers and civilians would lose their lives. This level of carnage had never been experienced, and thanks to the use of modern warfare techniques (like trench warfare) and new devastating weapons, it would become the norm in all future wars.

Explore The World War I Stories and Trivia Questions on Amazon